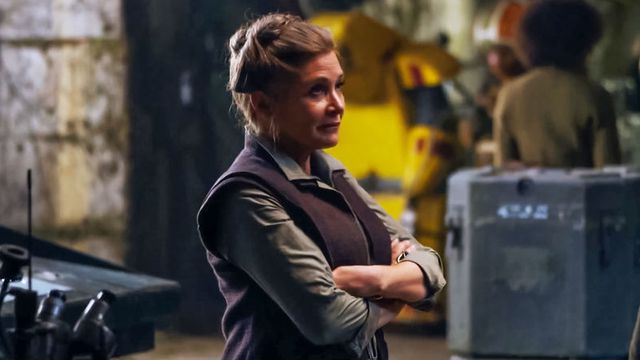 Carrie Fisher was more than Princess Leia. She has been a great mental health advocate as well as a role model for girls. She has been eulogized all over the internet – people obviously loved this woman more than she may have knew. She was one of the funniest, most open people in Hollywood. She left us far too soon, but leaves behind a legacy of greatness.

Known as a script doctor she cleaned up many of the comedies that made my childhood so great including “Hook”, “Sister Act” and “The Wedding Singer”. This tweet showing her notes to change “Empire Strikes Back” makes you realize what a talent she was.

I want to focus on her advocacy for mental health issues. In a town and a business where showing any vulnerability can be seen as a negative and a weakness, Carrie Fisher was extraordinarily upfront about her battles with substance abuse and bipolar disorder. The honesty with which she spoke about her mental health issues did wonders for destigmatization. More than most others could.

She admittedly used drugs and alcohol to mask the symptoms, be it a manic or depressive phase of bipolar disorder. “Drugs made me feel normal. They contained me” she told Psychology Today in 2001. This is one of the biggest jobs we have as mental health workers/advocates today. Drugs can mask the symptom, but as soon as the high comes down or the buzz wears off, the symptom is still there, waiting to strike back.

Carrie Fisher was nothing if not frank and honest. She hated the gold metal bikini that so many remember her for. My favorite story about that is when a dad was asking if there should be action figures of her in the bikini. What should he tell his daughter he asked?

There’s been some debate recently about whether there should be no more merchandise with you in the “Return of the Jedi” bikini.

To stop making the merchandise?

The father who flipped out about it, “What am I going to tell my kid about why she’s in that outfit?” Tell them that a giant slug captured me and forced me to wear that stupid outfit, and then I killed him because I didn’t like it. And then I took it off. Backstage.

Let’s all live the way she did. Honest. Loving. Fearless. Have fun in everything you do. Don’t be afraid to be vulnerable. Be a princess and a general. Be a total bad ass. Normalize mental illness and treatment. Treat everyone you meet with love and respect.

She would have wanted us to end each post honoring her the way she wanted. She went out drowned in moonlight, strangled by her own bra.

please honor carrie fisher's wishes and include in her obituaries that she "drowned in moonlight, strangled by her own bra." ❤️❤️❤️ pic.twitter.com/Pj5sRsIvkz